“Yamanashi / Fujiyoshida City” lived with Mt.Fuji and created with Udon and yarn (2/3)

Experience Yoshida no Udon and “a-un breathing” (阿吽の呼吸, a-un no kokyū), which means reading between the lines, that only the locals can understand

As you may notice when you enter the shops of Yoshida no Udon for real, the menu in English is not available in most of them. This is because there is an idea that it’s not efficient for them if tourists stay at their shops for a long time from the perspective of the turnover rate of customers. Generally, a bowl of Yoshida no Udon is less than 500 Yen, so they need to speed up the rotation.

The locals have mutual understandings about the rotation of customers. During the rush hour especially in the popular shops, when the Udon is served in front of them, they just start to eat quietly as quickly as possible, give their seats to the next customers who are standing in the queue, and leave.

In this way, the behavior of reading between the lines is called “a-un breathing” (阿吽の呼吸, a-un no kokyū) in Japanese. I thought it would very good manners that customers in the local acted in mutual understandings with considering the shops even without saying anything.

The next shop we visited was Hand kneaded Udon SHINTAKU UDON, where the locals loved and called “too delicious Yoshida no Udon”, which was closed at the end of 2019, though.

The most recommended way to eat was the basic combination with Kakiage Tempura (deep-fried vegetable strips, shrimp, etc.). The unusual thing was that the Udon had flavored the soup with pickled plums. The owner was offended that we spent taking photos so much time because I was impressed with the beauty of not only the dish but also the view of Fuji from the shop.

The Udon had a quite volume with the rich flavor of soup stock and the texture was firm enough. Even after eating it was still capable of giving lingering palatability. To my great sorrow, it’s impossible to have a chance to eat the dish because the shop was closed and no longer existing.

The multi-carrier that set the trend of the new era. The living space that has developed since the Edo period

The next day, we visited the shop Genji, where most of the locals had recommended us.

It opens from 10:30 in the morning, and in a limited quantity, you can get Onsen Tamago (slow-boiled egg) in the order of arrival free of charge. We couldn’t make it get the egg because we were late; nevertheless, it only passed 30 minutes after the opening time. To my sorrow, there was only one choice left which was to eat normal Yoshida no Udon without the egg.

The Udon had Atuage Tofu, which is deep-fried Tofu, and it ’s rare to see in the noodles elsewhere.

I felt that the taste became even richer with the addition of the deep-fried Tofu. When I finished eating, it was very thoughtful of the grandma of the shop to ask me, “Are you full? How was the taste?”

Another thing that impressed me was that Genji was using the living room at home as a shop, which is one of the characteristics of the Yoshida no Udon shop.

In the living room, there were many private items displayed by the owner.

In the beginning, even when I visited some shops of Yoshida no Udon, I didn’t aware of anything about using the living room as a shop. Gradually, I realized the common points of the shop while I had been visiting some more, so I asked our Japanese member who knows well about Yoshida no Udon.

Then I found out that this is a kind of traditional “multi-carrier”.

During the Edo period, Fuji Ko, which is that Shinto sect dedicated to the worship of Mt. Fuji, had developed and many people such as trainees and climbers came to the northern foot area of Mt. Fuji. The origin of Yoshida no Udon is said that the locals at that time started the shops for those kinds of people.

It ’s not like as you imagine. When you want to start a shop, you will find the space and do the interior work to open, but the locals used a part of their living room as shops. As it takes time and effort to make Yoshida no Udon, they close it at noon and use the same spaces as their living rooms for the families at night.

I think it’s similar to the shops in Taiwan, in which people use their homes as shops/restaurants. It seems that even the locals are less likely to make Udon themselves nowadays.

There are two reasons; one is that it takes a lot of effort to make it, and the other is that it’s easy to eat out with only one coin (500yen). Because of these, most of the locals are still running their shops of Yoshida no Udon in a similar way. Whenever I enter the shop, I am excited to feel like I’m visiting a friend’s house in Japan.

The photo below shows the inside of the store, Sakurai Udon that I introduced in the last article.

When I asked the wife of the owner, “Do you use this room as a space for your family after you close the store?” and she said, “Before my children became to live themselves independently, we used to use it.”

Nowadays, they use their private space only for the customers they can’t handle in the shop. 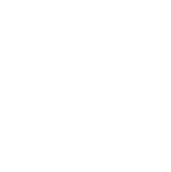